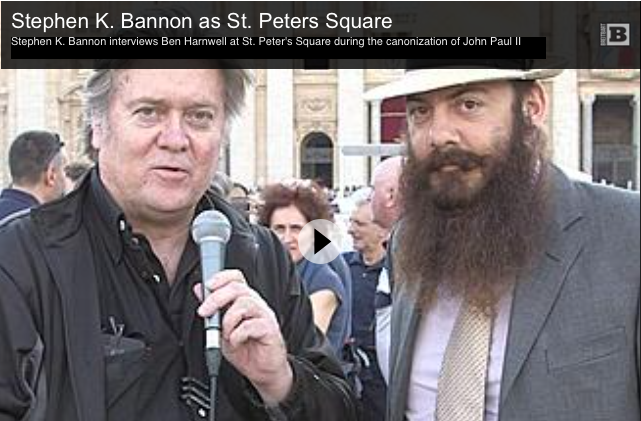 Stephen K. Bannon spoke with Ben Harnwell, from the Dignitatus Humanae Institute, at the Pontifica Universita in Rome, during events leading up to the canonization of Pope John Paul II and John XXIII.

Harnwell said his institute has “worked on the front lines of the fight for Christian politicians to be publicly Christian.” He adds that the entire “Pontificate of John Paul made the fight that we’re currently working in possible. He armed us.”

He went on to say that the pro-life movement has never been as strong as it is today.

or sign the Declaration now with your smart phone!

What they say about the DHI…